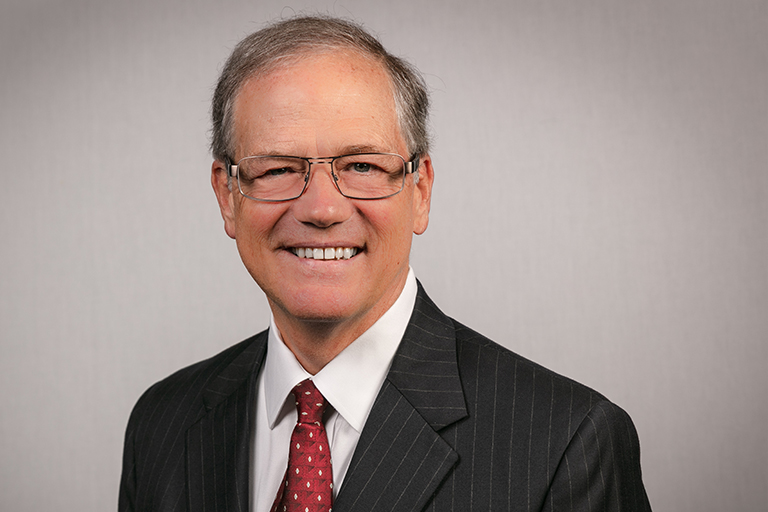 No one can really relate to survivors of the Great Depression, unless they actually experienced this traumatic time in America’s history.

Quite frankly, an outsider to the Depression can’t even imagine what it was like to struggle for the clothes on their backs or scraps of food on the table. The 1930s and 1940s were scary times that forged a sense of conservation for all involved. This sense of conservation leads the people of this era to act more cautiously when investing their hard-earned savings.

It is important that an adviser can relate to those he gives counsel to. This is where Jay’s background and experiences as a missionary’s son growing up in impoverished countries enables him to relate to that mindset of conservation.

Greatly affected by the poverty he witnessed growing up as a missionary’s son in Ethiopia and South Africa, Jay Tyner is the closest thing to an old soul, without actually being in his 70s. His personality resonates with the conservative after observing true destitution during his impressionable and formative years in a third world country.

“You can almost add 20 years to my life,” Tyner jokes.

After talking with Jay, it becomes clear that this accomplished individual didn’t start out this way. There were absolutely hard times growing up, where he dealt with some of the same questions, including whether food would be waiting for him at dinnertime. This uncertainty is something Jay carries with him still today and an asset he uses as a driving force to help others.

Jay has excelled at every stop in life. Starting at a major franchise in 1988, he was almost immediately promoted to Insurance and Financing manager. After getting his feet wet within the insurance industry in the early 1990s, his rise was fast and one filled with inspiration. He didn’t just run an insurance agency but also presided as president of a mortgage-banking firm. Eventually Jay was led into the financial industry focusing on educating and empowering the public through workshops and seminars.

His conservative nature bubbled to the surface as he began to work solely with pre-retirees and retirees in 1998. His goal for this age bracket is to maximize yield, with minimal risk, and help them enjoy their retirement in what has become an unstable, mercurial marketplace. After several years of advanced education and required work experience, Jay obtained his Securities Series 65 and became a Registered Financial Consultant.

Driven by an innate desire to help secure a bright future for the retirement demographic, Jay founded Semmax Financial Group in the Greensboro, North Carolina, area. He brings 20 years of experience helping this segment of the population protect its legacy. Dedicated to addressing the unique and diversified financial needs of its clients, Semmax Financial Group can assist with everything from retirement planning and wealth transfer strategies to charitable gifting and 401(k) coaching.

Jay is all about getting people “through” retirement, because it’s a completely different financial approach. “You don’t use the same financial strategies that got you to retirement, because once you’re retired and are not getting that paycheck, you’re basically unemployed for the next 30 years,” he stresses.

When a client comes to Semmax, the advisers review everything that is provided to them with a holistic approach. Their advisers look carefully to make sure that if something is in a portfolio, it’s there for a reason. For fans of technology, Jay runs software that inputs income, assets, and inflation, and performs a test on how long that income will last.

As an independent adviser he does not adhere to the traditional “buy and hold” strategy but uses an active management style which utilizes vehicles that can provide the client with a much less expensive cost option. He’s not using mutual funds; he’s using stocks and ETF’s.

With the simple, yet powerful goal of universal education, Jay is empowering the public through “The Semmax Financial Show” and “The Jay Tyner Show” on YouTube. The common theme of income annuity, along with other financial issues, often comes up on the show. Communication is not one-sided, and if anyone has concerns or questions, they can call for Jay’s opinion and insight.

CNBC, The Wall Street Journal, USA Today and The Associated Press have all called on him for his opinion. Fame is not what this humble man is all about, rather he receives personal satisfaction by not only assisting retirees in planning for their future but also by educating the public through his weekly radio show and the release of the third edition of his book “Tsunami Proof Your Retirement.” This engaging page-turner details the top nine mistakes anyone can make heading into this fragile phase of life.

“This helps people take a look at the top financial storms they are probably not aware of,” he adds. “Most likely, 70 percent to 80 percent of retirees are going to face one of these nine storms in the next 10 years.”

In his heart, Jay considers inflation one of the biggest problems for the senior community. He has actually coined a term to describe this sneaky enemy that has been ravaging retirees for the past five years.

“I call it ‘tax-flation,’” he says. “It’s a combination of taxes and inflation, working together to hurt seniors who are on a fixed income. Seniors who used to get 5 percent or 6 percent on CDs are not able to even get 1 percent now.”

As a Registered Financial Consultant, Jay desires to give his clients what he can to help make it through their retirement years.

To learn more about Semmax Financial Group or any of the firm’s services, you can stop by the corporate office at 1447 Trade Mart Blvd. in Winston-Salem or call 877-856-0080.

Jay’s best-selling book, “Tsunami Proof Your Retirement”, is available for purchase through www.amazon.com.

Gain access to our library of short, impactful, retirement-focused videos from our local Investment Adviser Representatives, including: